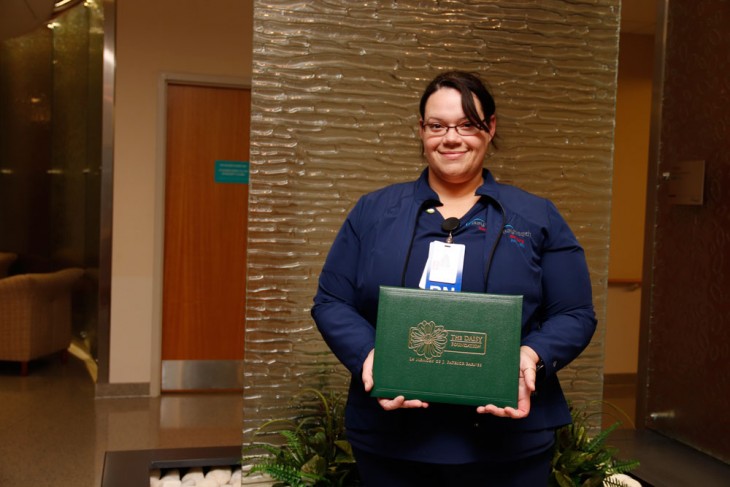 Friday, June 1, 2018 |
Bayhealth Med-Surg Registered Nurse Ashley Escabi knows all too well how the kindness of a nurse can make an impact on one’s life. She was inspired to become a nurse thanks in part to the care her sister received during a battle with breast cancer six years ago, and Escabi pays it forward in how she cares for patients. Her compassion and empathy for others has made Escabi the latest recipient of the esteemed DAISY Award, which is given by the DAISY Foundation to recognize the “unsung heroes” of the nursing profession.

Escabi was nominated for the award after the daughter of a patient wrote Escabi’s nurse manager. Escabi not only put her heart and soul into caring for the woman’s father, but went out of her way to comfort the woman during a difficult time. In fact, Escabi was kind enough to bring the woman a birthday present and card while the father was in the hospital. “Her integrity and caring nature is truly above and beyond, and I will forever be grateful for all that she did for us while we were there,” the woman wrote in the letter. “She will forever be the benchmark of nurses in my humble opinion.”

Growing up with a mother as a nurse, Escabi always respected the field in nursing. However, it wasn’t until her sister was diagnosed with breast cancer that Escabi first became interested in nursing as a career. “Throughout the journey of relentless tests, multiple surgeries and numerous months of chemotherapy and radiation, there were people that helped ease some of the worry, pain, and suffering my family and I were going through – her nurses,” Escabi said. “God blessed us with many great nurses that made such a difference in my family’s lives, and it’s one of the reasons I believe my sister and best friend is now cancer free. I realized then that I wanted to be that change in someone’s life.”

On top of being driven to provide a great patient experience, Escabi also wants to be a role model for her children. She’s driven to be an example to them that hard work and kindness can make a change in the world.

DAISY Award honorees are chosen by nurses, administrators, peers, physicians, volunteers, patients, and family. If you know a Bayhealth nurse who deserves to be nominated, visit Bayhealth.org/Daisy and fill out the nomination form. 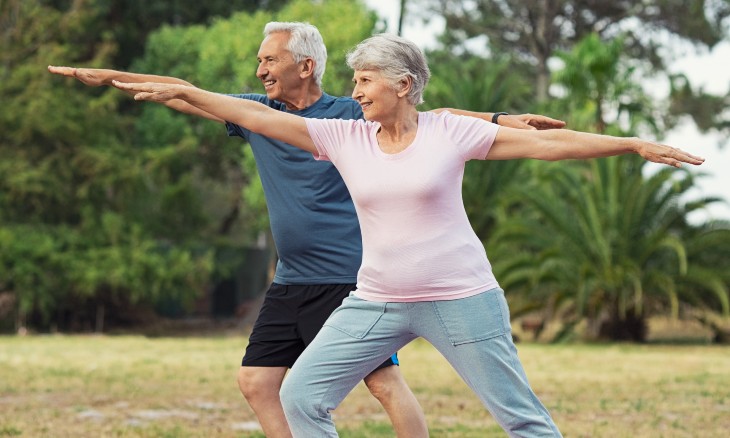