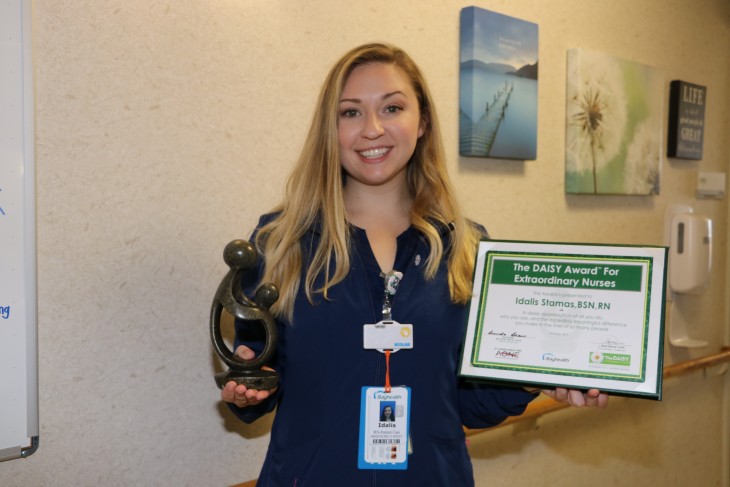 Bayhealth Hospital, Kent Campus Nurse Idalis Stamas, RN, BSN, has been a nurse for less than two years, but in that time she’s made such an impact that she was not only named the hospital’s Nurse of the Year earlier this year, but was deemed Bayhealth’s most recent recipient of the coveted DAISY Award. The DAISY Award is a national recognition that recognizes the unsung heroes of the nursing profession.

Stamas was nominated for the award for the care and compassion she showed a patient who was demonstrating behavioral issues with an unknown cause. Stamas played an important role in ensuring the patient received necessary testing that would help hospital staff find a definitive diagnosis. She organized a care conference with the doctor and family to talk about a plan, and continued to teach and support the family as her shift progressed. Stamas then helped gather supplies for a bedside procedure and kept the patient calm during the procedure. The neurologist on the case credits Stamas as being the sole reason they were able to get the sample needed for testing.

At the time of the award, Stamas was working on the 3 West surgical acuity adaptable unit at Bayhealth Hospital, Kent Campus. She is now a nurse with the Neonatal Intensive Care Unit (NICU). “The team on 3 West made it easy to wake up in the morning and come to work. They’re such a supportive team,” Stamas said.

DAISY Award honorees are nominated by nurses, administrators, peers, physicians, volunteers, patients, and families. If you know a Bayhealth nurse who deserves to be nominated, visit Bayhealth.org/DAISY to fill out the nomination form. 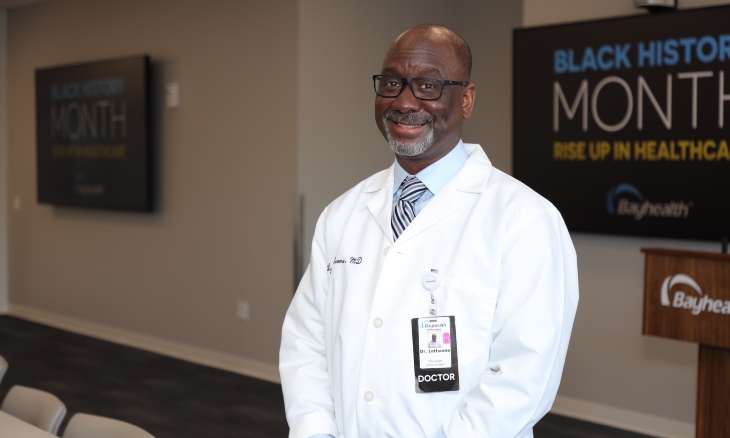 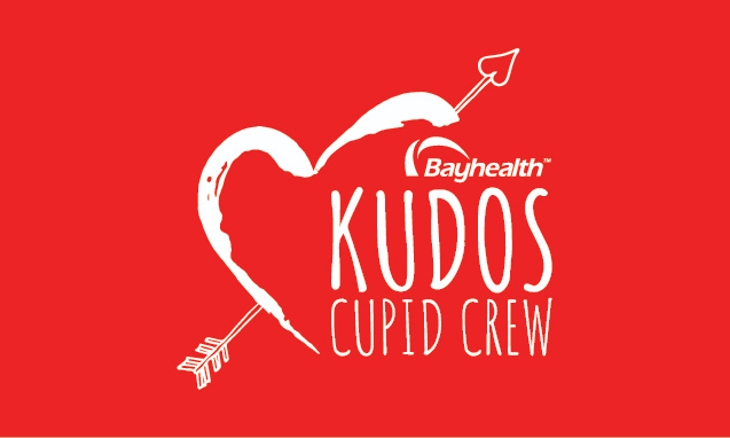