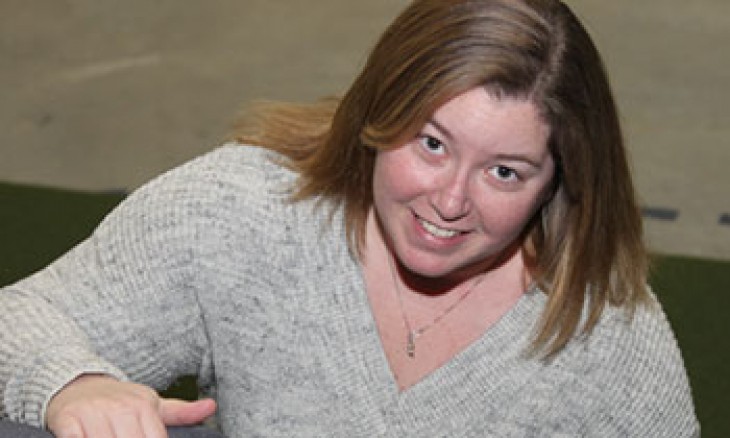 Relief for a racing heart

At age 31, Jessica Poe was facing heart surgery — an odd circumstance for an otherwise young and healthy athletic trainer.

Poe was born with a heart murmur. They’re common and most are “innocent.” In her teens, Poe developed racing sensations and flutters in her chest, called palpitations. Several years later, Poe had a pre-operative EKG for an unrelated surgery. “They found that I had Wolff-Parkinson- White (WPW) syndrome,” she said. She recalls the anesthesiologist’s surprise at this discovery — the syndrome isn’t normally detected in adults.

WPW is a congenital heart abnormality in which an extra electrical bridge connects the upper and lower heart chambers. On rare occasions, the electrical signal goes down one bridge and short circuits back up the other bridge, creating a racing heartbeat.

Poe felt overwhelmed by her racing heart. “I went to the emergency department two or three times, I couldn’t get my heart rate to go below 220 beats per minute, and it was making me feel faint.” Normal heart rates at rest are between 60-80 beats per minute (BPM).

Poe discussed her options with Dr. Gravelin; both agreed that an ablation was Poe’s best bet. An ablation uses radio frequency energy to heat the tip of a catheter placed in the heart. The hot tip cauterizes the congenital extra bridge that does not belong there, returning the heart to normal condition.

In 2014, Dr. Gravelin performed the ablation procedure. Poe’s was a rather unusual case; Raymond Miller, MD, of Bayhealth Medical Group Cardiology Consultants agreed to participate in the surgical intervention. Later, when Dr. Gravelin left her Delaware practice, she explained Dr. Miller was an expert in cardiology and electrophysiology and knew Poe’s heart as well as she did.

“These ablation procedures are nothing short of miraculous, curing patients of problems that have plagued them all their lives,” said Dr. Miller. “It’s very freeing for our patients to travel and be away from emergency services without worrying about their heart racing.”

Since the surgery, Poe feels much better. “Every once in a while, my heart feels like it’s gearing up to get into that high pace, but now it stops before it can really get going,” said Poe.

Visit bayhealth.org/heart to learn more about Bayhealth Cardiovascular Services. To find a cardiologist to meet your needs, call our physician referral service line at 1-866-Bay-Docs (229-3627).