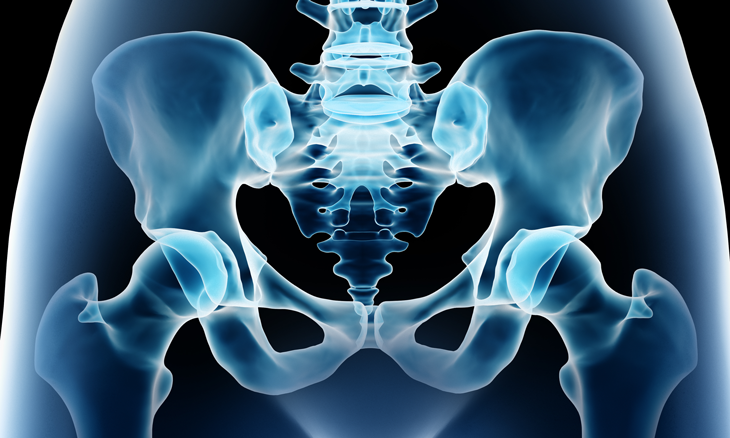 They Sway, They Shake and They...Ache?—A Look at the Hips

Orthopaedics, Outpatient Therapy
According to an old jingle, the hip bone comes after the thigh bone and before the back bone—or reverse in verse two. The song isn’t wrong, but that particular anatomy lesson should only suffice for the average, bendy third grader. Hip functionality can get a bit more complicated as one ages, making it important to understand more about what’s really going on in there.

On that foundation, Bayhealth Physical Therapist, Josh Smith, PT, DPT, MDT, shares a more in-depth look at what the hips are made of, the causes and symptoms of dysfunction, and ways to restore hip health.


Composition of the Hips

The hips, like many of the other joints in the body, are made up of three basic structures–bones, muscles and nerves—each of which play a role in stability and mobility.

Beginning with the bones, the thigh bone, or femur, runs from the knee to the pelvis. The north end of the femur is the ‘ball’ component of the ball-and-socket hip joint, and the acetabulum, a part of the pelvis, is the socket. The skeletal chain of the hips continues with the sacrum, which is the bone that supports the lower, or lumbar, spine. The bones are the foundation of the entire hip operation.

The muscles of the hips are attached to, and woven around the bones. Each muscle has a different responsibility in the continuum of stability and mobility. Some are primarily stabilizers, some are primarily mobilizers and some are expected to do both. The more prominent muscles of the hips include the gluteal trio, the hip flexors, or psoas, the quadriceps, the adductors, or groin muscles, and the hamstrings.

The nerves, which extend from the lumbar spine and connect to the muscles, are like the electrical wiring of the hips. Their job is to transfer signals from the brain that tell the muscles to stabilize and/or mobilize the bones.

Two additional structures that play vital roles in overall hip function are ligaments and cartilage. Also known as passive structures, they work behind the scenes to cushion and support every movement—much like shock absorbers on a vehicle.


Dysfunction in the Hips

When the structures of the hips are in optimal condition, it’s safe to assume that the balance between stability and mobility is near perfect. However, this is rarely true.

Structural damage and imbalance in the hips can have many causes—from genetic abnormalities to severe traumas—but the most common causes are lifestyle and habits.

Too much movement throughout the day can be just as damaging to the hips as too much idleness, Smith explains. Someone who is on their feet all day puts loads of pressure on their joints, which can cause inflammation and degeneration, whereas someone who sits most often is likely to suffer from weakness and damaging compression. Similarly, habits like slouching or carrying a heavy load can also damage the structures of the hips.

No matter the cause, when the hips are compromised, and therefore the balance between mobility and stability, adverse symptoms usually follow. Aches, pains and tightness in the hips and groin are some of the more obvious symptoms. However, hip impairment is also known to manifest in places like the knees, lower back and even the feet. Additionally, more serious and painful conditions—like arthritis, bursitis, and tendonitis—can develop over time if the hips are not addressed.

Given the complexity and connectivity of the hips, knowing what’s impaired and what to treat can be tricky. Sometimes the symptoms are a direct indicator of the problem, but other times, as mentioned above, pain in one joint can be caused by impairment in another.

For this reason, it’s important to consult with a physician or physical therapist at the onset of symptoms in the hips or peripheral joints. Identifying the problem early and treating the source is the best and quickest way to promote healing and the restoration of stability and mobility.

However, Smith notes that it’s safe to address the everyday aches and pains at home with low-impact strength moves and gentle stretching—being sure to target the entirety of the hip region to promote balance. For strength, he recommends moves like the glute bridge, donkey kick, side leg raise and superman. When stretching, move in ways that feel good but are never painful.

Another great way to promote healing in the hips is to simply become more aware of lifestyle and habits and to make healthy adjustments. Over time, small changes can have a big impact.

Smith concludes with a reminder that, whether solo or with the help of a professional, the ultimate goal in treating the hips should be to restore the balance between stability and mobility. And always practice patience because the damage didn’t happen overnight, so healing won’t either.

Visit Bayhealth's Outpatient Therapy page to learn about the outpatient rehabilitation services that Bayhealth offers. Bayhealth Outpatient Rehabilitation has locations on both the Kent and Sussex Campuses and appointments require a physician referral.

Need a physician? Be sure to visit Bayhealth's Find a Doctor page or call the referral line at 1-866-BAYS-DOCS. 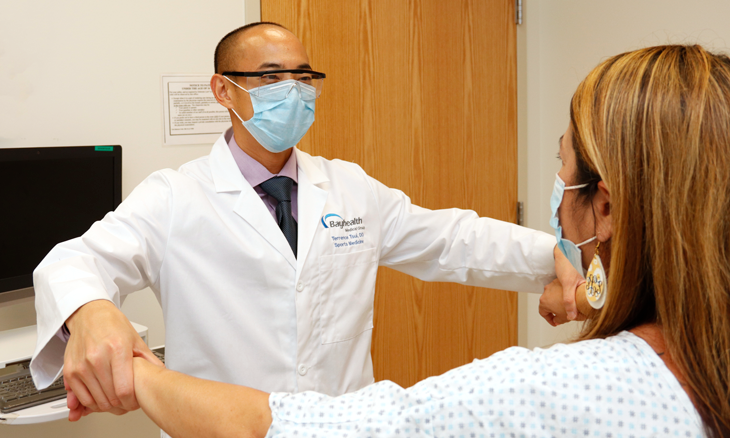 Not Just for Athletes: Sports Medicine Can Benefit Anyone 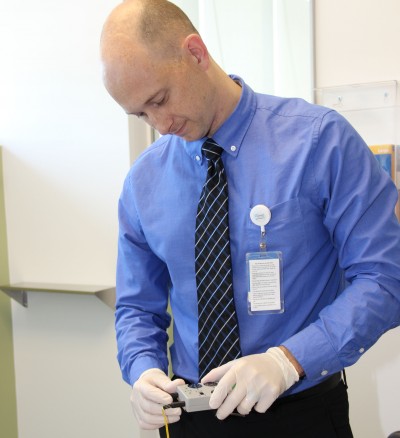 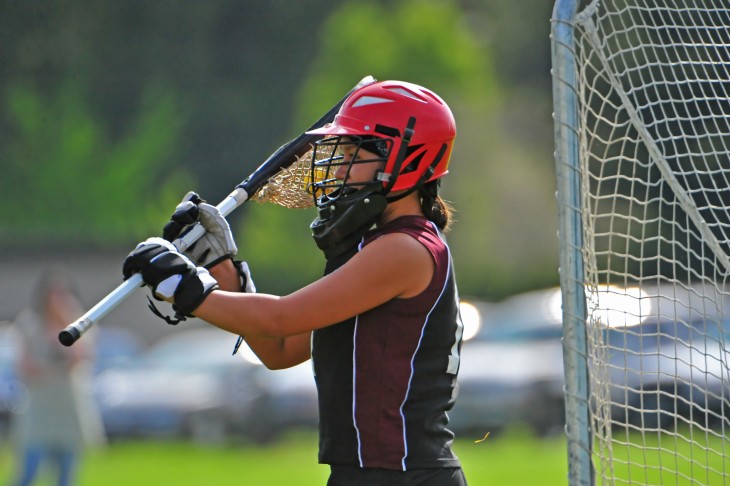 Keeping Athletes Safe in the Heat 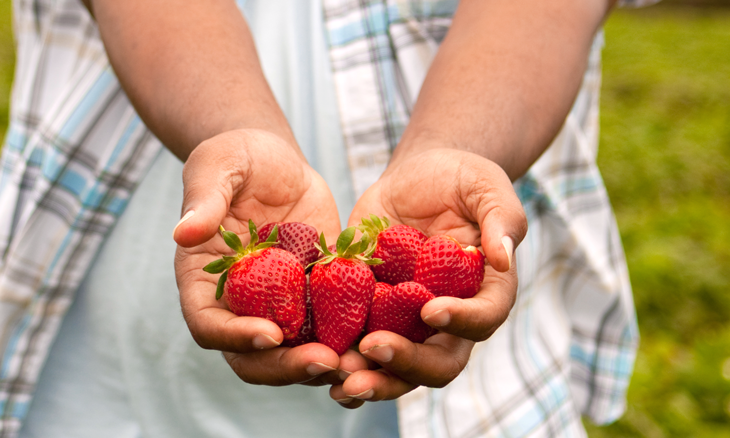 The Link Between Diet and Osteoarthritis 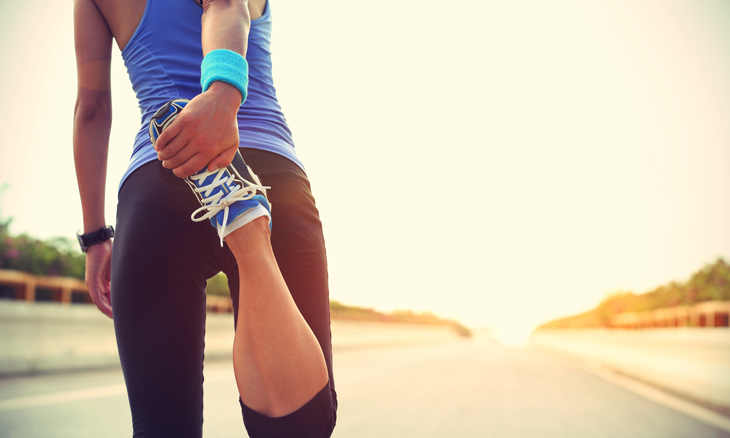