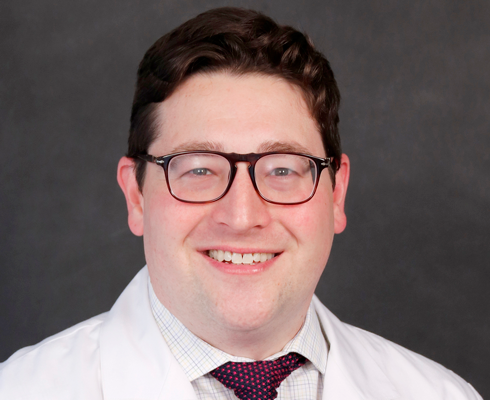 With multiple family members who worked in healthcare, Dr. Frasso had an early interest in medicine and was encouraged to become a doctor, but his initial path led him toward a degree and career in business instead. Years later while working for a pharmaceutical company, learning about the disease process reignited his desire to pursue medical training.

Dr. Frasso determined that being a physician, and particularly a surgeon, provided the career fulfillment he was seeking. During his medical school rotations, he found surgery to be exhilarating because of the ability for a patient’s health to be turned around, very significantly in many cases, after an operation. He considers it deeply rewarding to use his surgical expertise to help restore function and allow people to get back to living, no matter what stage of life they are in.

Dr. Frasso builds strong doctor-patient relationships through his personable and compassionate bedside manner. In his residency, he had many non-English speaking patients who were skeptical about the healthcare system, so he learned some Spanish to help bridge the gap in connecting with them. This demonstrates the extra effort he takes to help his patients feel comfortable and to earn their trust.

When he’s not working, Dr. Frasso can be found cooking and trying new foods, going to New York City to visit museums and restaurants, or taking in pop culture through movies, television and books. He also enjoys ice hockey and snowboarding. He and his wife are glad to be in Delaware, in close proximity to family members who live in the state and to be a part of the local community.