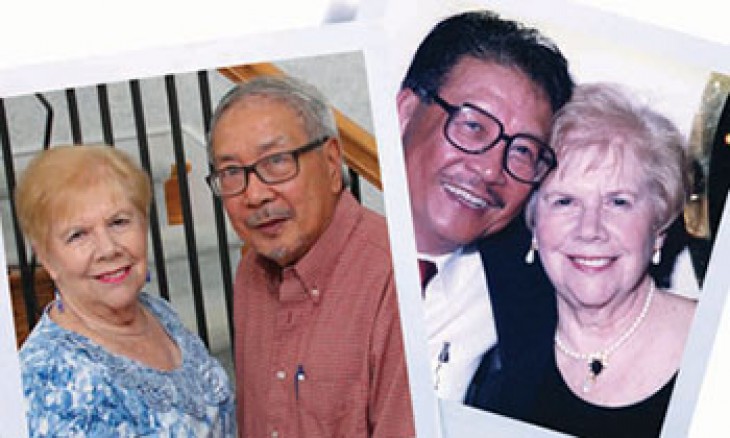 Legacy of caring and giving 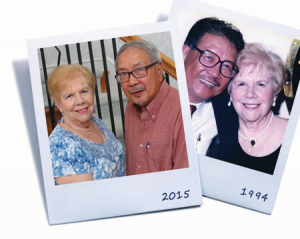 Few physicians can say that they’ve had an active, professional relationship with a health system like Bayhealth for more than 50 years. But together, Ralph Zaragoza, MD., and his wife Claire — a retired operating room nurse — have done just that. In their retirement, they remain connected to Bayhealth by supporting the Bayhealth Foundation.

In 1954, Dr. Zaragoza graduated medical school at the University of St. Thomas in the Philippines. He came to the U.S. in 1955, completed his internship in Missouri, his surgical residency in Ohio, and completed a urology residency in New York. He completed a urology oncology fellowship in 1961 at Memorial Sloan Kettering Cancer Center in New York, then met and married Claire. Later in 1961, his career led him to Dover and to the beginning of his 54 year relationship with Kent General Hospital, now Bayhealth.

Kent General was a different place in 1961. Dr. Zaragoza started working as a “house physician,” treating patients with a variety of ailments throughout the then 70-bed hospital. “We didn’t have full time emergency physicians,” he said. “At the entrance there was a phone on the information desk, and [the patient] picked up the phone and it rang to the floor nurse. The nurse would check the patient and ring the on-call doctor if necessary. We only had two emergency exam rooms.”

In 1962, Dr. Zaragoza began to set up his own practice in Dover. At the end of 1962, he joined the U.S. Army Legacy of caring and giving Medical Corps as Chief of Urology at the Madigan Army Hospital in Tacoma, Wash. Later, he was sent to Fort Jackson, S.C., as part of a team being prepared for the Cuban Missile Crisis under President John F. Kennedy. “When Kennedy was assassinated in ‘63, the effort ended,” said Dr. Zaragoza. Dr. Zaragoza’s two year enlistment ended in 1964, and he was given the choice to re-enlist and go to Vietnam. Instead, he returned to Dover and his urology practice.

“Back then, Kent General only had a Medical Staff of 29 members,” said Dr. Zaragoza. “I was the first urologist to set up practice below Wilmington.” He remembers the “on call” house on Hope Street, where he bunked with fellow physicians to be close to the hospital. Because there were no cell phones, he remembers informing the hospital operator when he was going to see a movie with Claire, telling theatre ushers where he’d be in the theatre, in case the hospital called. “I always carried dimes in my pocket and used payphones to check in with the hospital,” he said.

Dr. Zaragoza’s practice was successful, and in four years’ time, he added fellow urologist Venerando Maximo, MD, to his practice. When Dr. Zaragoza retired in 2015, his urology practice had grown to include seven specialty physicians including his son, Michael Zaragoza, MD, FACS.

Although they’re now retired, the couple remains involved with Bayhealth. Dr. Zaragoza and Claire are proud supporters of the Bayhealth Foundation, and Dr. Zaragoza has served on many Bayhealth fundraising committees, including a leadership position for the Campaign for Bayhealth — Phase I (2002–2011).

The Zaragozas also donate regularly to the Bayhealth Foundation. They don’t always define how they want their funds used, said Dr. Zaragoza. “I tell them to use it for the area of greatest need,” he said. “Sometimes I’ve asked that it go to the Operating Room, or something relating to urology.”

More recently, the Zaragozas made a significant commitment to Bayhealth that will help add a new Operating Room at Bayhealth Kent General. Signs of this major construction project can be seen on the southern end of the hospital, on Hope Street. When completed, this state-of-the-art facility will bear the Zaragoza name in recognition of their generous support.

The Zaragozas have seen firsthand how their own donations and those of their friends have impacted the organization now known as Bayhealth. They watched tiny Kent General grow into larger Kent General, followed by more expansions. They watched the 1997 merger of Kent General and Milford Memorial into Bayhealth, and now, they are seeing the construction of a new health campus in Milford. “We’re excited,” said Claire.

Few donors can say they’ve been able to witness and support 54 successive years of Bayhealth’s growth like the Zaragozas. “I’m glad I’ve had the opportunity to see the hospital grow and become a state-of-theart medical center,” said Dr. Zaragoza. “I hope it will continue to grow.”

To learn about ways that you can give to the Bayhealth Foundation, please visit bayhealthfoundation.org or call 302-744-7015 to speak with one of our representatives.