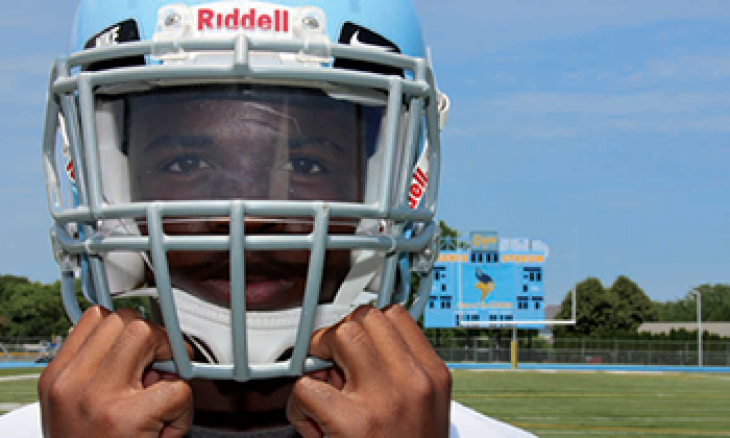 Returning to football after an ACL injury

Rasheed Woods is the very definition of a student athlete – hardworking, dedicated and determined to succeed. The 17-year-old is a football and basketball player at Cape Henlopen High School. When he tore his anterior cruciate ligament (ACL) in the fall, he approached the situation head on.

It was during a football scrimmage when Rasheed took the blow that tore his ACL. “When I turned over, I knew that something wasn’t right,” he said. According to the American Orthopaedic Society for Sports Medicine, ACL injuries are one of the most common knee injuries among athletes.

Eileen Crawford, MD, of Bayhealth Orthopaedics, examined Rasheed. Specializing in sports medicine and serving as the team medical provider for Milford High School, she said that an ACL tear is extremely common in high-level athletes, especially those in cutting and pivoting sports like football and soccer.

“When I examined Rasheed in the office, we found that he had a tear of his ACL as well as a tear to the meniscus cartilage in his knee,” explained Dr. Crawford. Because of his age, Rasheed was a good candidate for surgical reconstruction of the ligament. “Trying to avoid surgery is an option for older patients,” said Dr. Crawford. “But, in order to protect the cartilage in his knee and allow him to play at the level he wants to play, the Oomph! most realistic option was to treat it with surgery.”

While ACL tears can be devastating to an athlete, Rasheed was determined to overcome the obstacle. “Finding out I had to have surgery was scary,” he said. “It was disheartening to hear that I couldn’t play for six months after surgery. It just made me want to work harder to get back on the court and field.”

Before surgery, Rasheed had to participate in physical therapy to prepare his body. “We needed to get Rasheed’s knee ready for surgery to ensure the best recovery,” said Dr. Crawford. Knowing how important it was to Rasheed that he return to playing sports, Dr. Crawford designed a treatment plan that best benefited him and his high level of athleticism. She pushed him to do his very best.

Rasheed underwent surgery and was given a new ACL ligament using one of his own tendons, and repairs of the meniscus were made. “The surgical work was extensive, and it required a lot of physical therapy and work from Rasheed,” said Dr. Crawford. “There was never any doubt that he was determined to get back on the football field.”

Thanks to Rasheed’s diligence in his physical therapy regimen, he was able to return to playing football just six months after surgery. Having completed a summer football camp, Rasheed says he is feeling better than ever. “Now that I’m back on the field, I feel great. I am confident, and I feel like the injury never happened.” 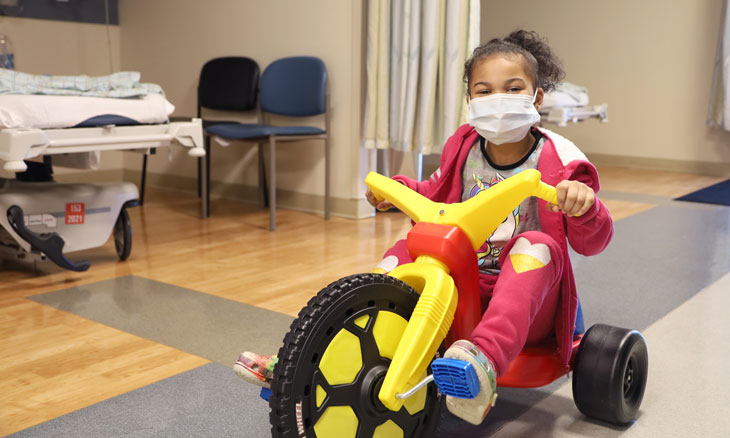