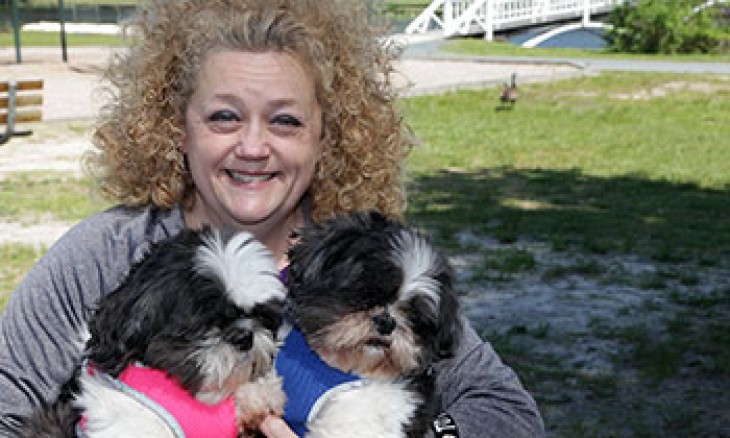 Retraining the brain to walk again 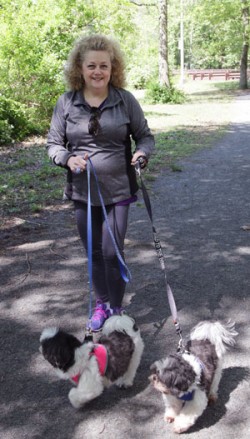 Angela Blake was walking her two small dogs when she collapsed, barely able to move. Panicked and confused, Blake managed to drag her motionless body into her house and dial 9-1-1. Her world was literally turned upside down. “I was hallucinating,” Blake explained. “Things were backwards; trees were coming out of the sky and clouds covered the ground.”

After misdiagnosis and treatment, Blake was told she would never walk again. She needed to adjust to living the rest of her life in a wheelchair. Refusing to accept that fate, Blake researched and made an appointment at Johns Hopkins Hospital. Her physician directed her to Bayhealth Outpatient Physical Therapist Christopher Wagner, PT, DPT, who specializes in vestibular rehabilitation.

Blake’s symptoms stemmed from a virus that attacked a small nerve in her inner ear causing it to stop working and disrupt normal brain function. The medical diagnosis was vestibular hypofunction due to vestibular neuritis.

At the start of Blake’s therapy at Bayhealth Outpatient Therapy in Dover, she relied on a walker and wheelchair. She also experienced extreme dizziness that prevented her from driving a car or walking. Blake said she felt like a bobblehead doll, but her head was still. “The dizziness was constant,” she recalled. “I never got a break from it.”

There were no medications or surgeries that could fix Blake, but the right therapy and exercises could retrain her brain, according to Wagner. “The exercises are challenging,” said Wagner, who explained that they provoke dizziness in order to desensitize the system. “For example, I would have Angela go from laying on her back to sitting upright quickly, waiting for the dizziness to stop, then performing that movement again five more times,” he said. “I also had her pick a focal point on a card, and had her move her head from side to side as fast as she could while staying focused on the letter.”

Twice per week, for about six weeks, Blake traveled from her home in Salisbury, Maryland, to work with Wagner. “Chris was my best chance at a normal life,” said Blake — that’s what her doctor told her. “Chris listened to me and challenged me. He made me strive to do the best I could.”

At each appointment, Wagner challenged Blake by increasing the number and level of exercises. “He showed me exercises to do at home and I would do them for six and eight hours every day,” said Blake. “I was determined to get my life back.”

In just six weeks, Blake no longer needed the assistance of a walker. “She was my rock star patient,” Wagner said. “I showed her what to do, but she did the work.” Wagner said he’s driven to assist patients in overcoming potentially debilitating diagnoses.

Now there is no slowing Blake down. She participates in Zumba classes twice per week and rides her bike often. She’s trying new things like parasailing. “To think I was first told I would never walk again, and now I’m more active than ever,” Blake said proudly. “I’m grateful for everything in life — from the food I eat to the sunshine. This experience taught me to never ever take anything for granted, and that includes my health.”