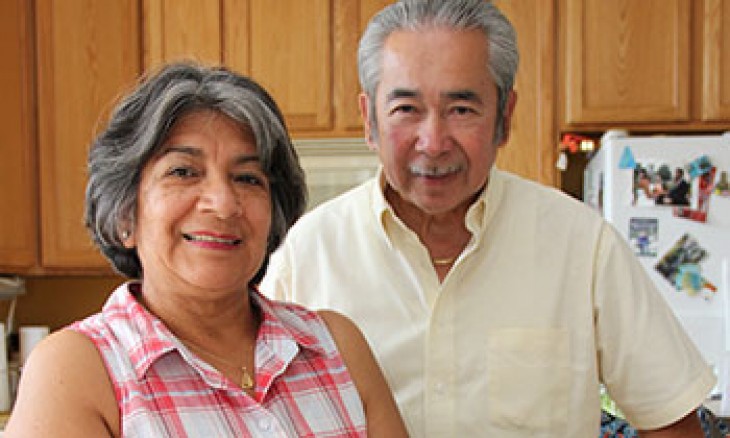 Taking control, one meal at a time

There are few jobs on earth more demanding than being a mom. Esther Rodriguez knows that all too well. She spent years making sure her three children were everywhere they needed to be. But all that hustle and bustle made it difficult to eat right and stay active.

“It was hard when my kids were young, we were always on the go,” said Rodriguez. “Then I blinked my eyes and my children were grown. But I still wasn’t eating right or exercising.”

“I was taking medication for my diabetes, but I was still going about my life as normal. I finally had a moment of realization after seeing a family photo, said Rodriguez. “I had put on too much weight.”

Rodriguez worked one-on-one with Diane McArtor, an outpatient dietitian with Bayhealth. They discussed diet modifications that could help Rodriguez shed some of the weight and ideally help her diabetes. “Losing weight and exercising helps the body become less insulin-resistant,” said McArtor. “Esther came to me motivated to make changes.”

Rodriguez now eats a diet packed with fruits, vegetables, whole grains, and lean meats. She allows herself treats every now and then, but portion control is key for her. “The most important thing for me is to be aware of how much I am eating,” said Rodriguez. “I don’t diet. I eat healthy. And that’s what’s most important.”

Rodriguez also incorporated exercise into her lifestyle. She goes to the gym and works out at home. She’s an avid walker and is getting into riding her bike. She credits her pal “Bear,” her 12-pound Pomeranian, for helping her get back into the exercise routine. “While he’s not fast, at least he keeps me motivated,” joked Rodriguez.

“Once Esther had the mindset she was going to lose weight, there was no stopping her,” says McArtor. “Every visit she kept dropping pounds, and every visit she told me her numbers were improving.”

When she was first diagnosed with diabetes, Rodriguez was put on two medications. She now only takes one medicine for her diabetes, and uses a lower dose of it. Her next goal is go off her blood pressure medication.

“I’m getting older and I want to be healthy. There’s no time for excuses,” said Rodriguez. “I started this journey of getting healthier when I was 58 years old. It seemed too hard at first, but I’m so proud of all that I have accomplished.”

“Esther is a great example of how losing just a percentage of your body weight can have a big impact on your health. You can go from in dismay to in charge by making a few simple changes,” said McArtor.

Rodriguez has dropped more than 30 pounds since beginning her journey late last summer. “My children joke that they are jealous of my willpower,” said Rodriguez. “When I am determined, I know I can accomplish anything. And I think that’s a great message to show them.”