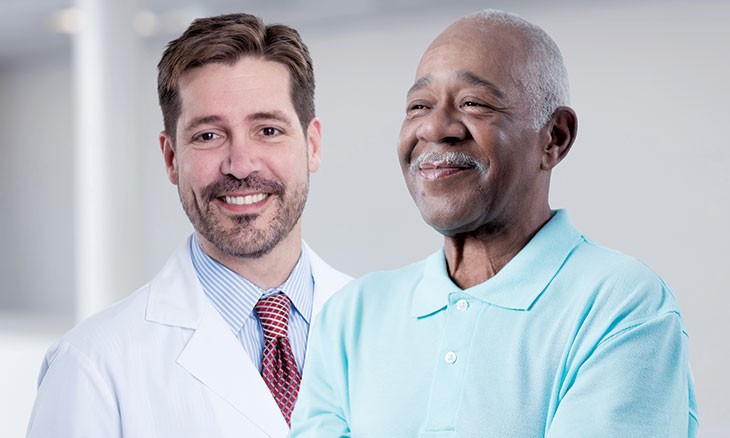 Harrington resident Lemuel Scott is no stranger to pain, having suffered with abdominal pain for 11 years. It was particularly bothersome when he ate or drank anything. Scott saw a local gastroenterologist who ran tests and prescribed different medications over the years, but nothing helped. He said while it was an inconvenience on his life, it was a burden he learned to live with.

Scott dedicated his life to a career tending to horses at Rosecroft Raceway in Fort Washington, Maryland. One cold Tuesday morning in December, he was experiencing his typical stomach irritation when he arrived for his shift at the track. The pain suddenly became unbearable. He collapsed at the stables and was rushed to an emergency room in Maryland. “I didn’t eat anything that day; I would never eat when I had to work because I knew it made the pain worse,” Scott said. “They did a CAT scan and ultrasound at the hospital and said I had an enlarged gallbladder.”

The gallbladder is a small organ in the upper right section of the abdomen. It stores bile that helps break down fat from food. The inflamed gallbladder was the reason for his chronic abdominal pain and it needed to be removed.

Scott requested the results be sent to his gastroenterologist in Delaware, who then referred him to General Surgeon Jean Pierre Martucci Melo, MD, with Bayhealth General Surgery, Milford and Lewes. Dr. Martucci explained to Scott that he would need a minimally invasive surgical procedure called laparoscopic cholecystectomy to remove his gallbladder.

“Dr. Martucci was very professional — he explained everything that he was planning to do,” Scott said. “If I ever need an operation again, I want him to do it.”

After a successful surgery at Bayhealth Milford Memorial, Scott received the good news — he could enjoy food again. “I spent 11 years scared to eat anything. I could tell right away the pain was gone, and food was safe to eat again.”

New Year’s Eve 2016 was the best holiday Scott had in years. He made a rich stew in the crock-pot with pork and beans. “The pain stopped me from eating or enjoying food for so long,” Scott said. “That night I ate three bowls of stew and felt great. It was the best start to a new year.”

Visit Bayhealth.org/Surgical-Services to learn about our minimally invasive surgical options. To find a physician to fit your needs, call 1-866-BAY-DOCS to learn about providers in your area.