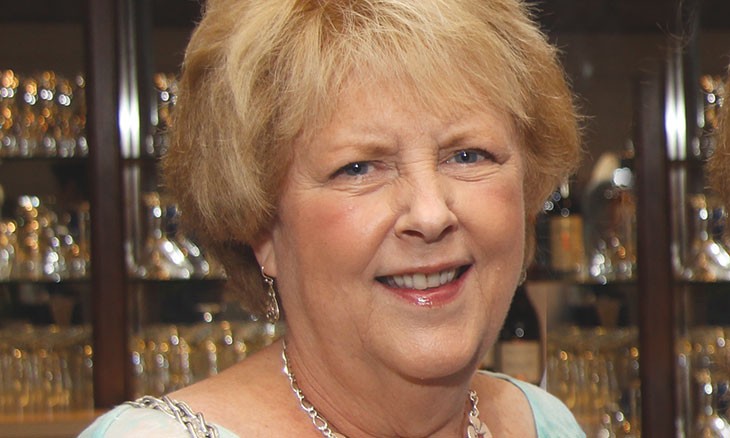 The year was 1973. President Nixon announced a peace agreement in Vietnam. The U.S. Supreme Court ruled on Roe v. Wade. A gallon of gasoline cost 40 cents. And a young Cynthia Jones traveled nearly 850 miles from her hometown of Albany, Georgia, to Milford, Delaware, where she’d eventually raise her family and become a well-respected member of the southern Delaware community.

After moving so far away from home, Jones didn’t know many people in the area, but that did not stop her from volunteering her time at Milford Memorial Hospital. She quickly became a member of the Milford Memorial Auxiliary — and the rest is history.

According to Jones, her membership started as a way to become involved in the community. “One of the many benefits of volunteering was making new friends,” Jones said. “I felt very welcome in the southern Delaware community. I loved working with the women and later it gave me something to do when I wasn’t too busy taking care of our children.”

Jones recalls one of her biggest commitments to the auxiliary was serving as the chairperson of the 1986 Milford Hospital Fair. She along with members Susan Phillips, Janice Caldwell, and Judy Grier were in charge of coordinating the huge community event. That year the theme of the hospital fair was “Country Jamboree.” In more recent years, Jones has served as the chair of the Bayhealth Milford Memorial Hospital Auxiliary’s Country Barbecue and Auction.

With so much time and talent committed to volunteering, fundraising, and organizing social activities, it was evident to Jones’s family how much she loved the hospital. Over the last 30 years, supporting Bayhealth Milford Memorial has become a family affair. Cynthia’s husband, Skip Jones, served on the Bayhealth Medical Center Board for more than 10 years and spent several years on the Milford Memorial Hospital Board before the merger with Kent General in 1997. Both of Jones’s sons are actively involved with Bayhealth. Jonathan is a member of the Bayhealth Foundation Board, and Ben is on the Committee for the Campaign for Bayhealth — Phase III.

“We’ve always been taught to give back to the community. It’s an honor to carry on the family tradition,” said Jonathan Jones.

While Cynthia and her family have donated countless hours of their time to Bayhealth Milford Memorial, it was just recently that they decided to make a major gift to the Campaign for Bayhealth — Phase III.

“They surprised me on Christmas morning. I opened up a gift box and inside was a brochure with an image of the new facility and the gift,” said Cynthia. Her family had made a donation to the Campaign for Bayhealth — Phase III in Cynthia’s honor. “It looked like any other present under the tree, but this was even more special.”

“She was overwhelmed with joy,” Jonathan said of his mother’s reaction. “She was speechless for a few minutes. I assume she was trying to wrap her mind around it. She was very thankful and appreciative. The gift represents the many years of work that she’s put into making the community a better place, and now that work will be commemorated forever.”

Cynthia reached another significant milestone with the Bayhealth Milford Memorial Hospital Auxiliary this year as they recently fulfilled their $750,000 pledge to the Bayhealth Foundation for the health campus project.

The Jones family is in good company as the Bayhealth Foundation is fortunate to be supported by many people interested in making southern Delaware a better place for the next generation of residents.

Visit ImagineDE.com to learn more about Bayhealth’s new health campus project. Call 302-744-7015 to find out how you can be involved by supporting the Bayhealth Foundation.

More than 700 families, individuals, businesses, and foundations have come together to commit more than $12 million to the Campaign for Bayhealth — Phase III in support of the construction of the Bayhealth Sussex Campus. As we strive to meet or exceed our $15 million goal for the campaign, the Bayhealth Foundation invites you to make a commitment.

Go to BayhealthFoundation.org to make a pledge or one-time gift. If you prefer, text “Give2BH” to 56512 and make your gift via credit card. If you would like to talk about your gift with someone from the Bayhealth Foundation, please call 302-744-7015.

Thanks to everyone who has contributed so far, and to all who will join the effort in the coming weeks.