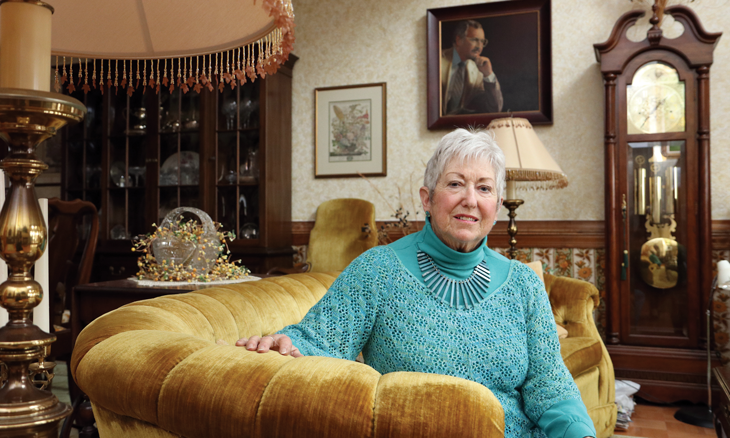 Holly Pfeifer, the widow of Donald Pfeifer, MD, is a longtime donor to Bayhealth. Most recently, she contributed to the Bayhealth Sussex Campus project, including a gift to dedicate the Medical Staff Lounge in the new hospital in Dr. Pfeifer’s memory. An orthopaedic surgeon, Dr. Pfeifer joined the medical practice of the late Edward F. “Terry” Quinn, III, MD, founder of The Dickinson Medical Group and former chief of surgery at Milford Memorial, when he and Holly moved to Milford from Baltimore in 1977.

As Holly shared, Drs. Pfeifer and Quinn knew one another before they relocated to Delaware. “Terry was Donald’s lab partner when they were at the University of Maryland Medical School, and they became friends. They had a lot in common, including their sense of humor. For example, they named their cadaver Napoleon Pick A Bonaparte,” she laughed. Holly says they soon connected with others in Delaware who shared their sense of humor. “The Dickinson Medical Group had a Christmas party every year, and I remember Tom Draper coming in a tux and wearing sneakers,” she said.

A former home design and residential architecture freelance consultant, Holly also shared her excitement for the rare opportunity to freelance with architectural firm French & Ryan on the design of the third building for The Dickinson Medical Group — now known as Bayhealth’s Quinn Medical Offices.

The Pfeifers lived in Milford until Dr. Pfeifer passed away in 2001. At that time, Holly moved to Dover to be closer to her son and her church. Although she has been donating to Bayhealth for a number of years, Holly recently changed her contribution method, and now makes regular donations through her Individual Retirement Account (IRA).

“If you have an IRA, once you turn 70½ years old, you have to do what is called a required minimum distribution, or RMD,” she explained. “If you don’t want to incur a penalty, you either need to transfer the RMD to another account or donate it. I also read that if you donate from your IRA directly, it’s not included as part of your gross income. I knew this was how I wanted to make my donations to Bayhealth going forward. I also can now donate one-third more than I could before.”

This giving option is great for those who can afford to donate their IRA’s RMD because it’s an easy way to give back to the community and is a win-win for all. 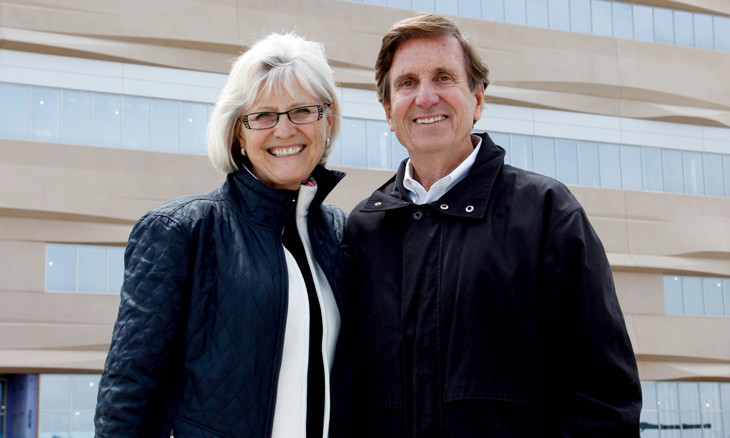